Joan Mesquida, of the Spanish Government,  painted a forgiving picture, based on the fact that some hotels and hotel chains have signed the global code of ethics for tourism, which he claims has become “the standard in the tourism sector”, despite the fact that the code is not binding. However, he did admit that “there is still a long way to go”. He also stated that “governments must be aware that this unbridled race for growth, without planning and organisation of time and space, leads to the exhaustion of resources and a tourist-induced drought”.

The Ecuadorian Minister of Tourism, Freddy Ehlers, was noted for his fresh approach and explicit criticism of the current paradigm in the tourism industry in his presentation. “We are faced with a new era, we can no longer think as we did in the past. One cannot think analogically in the digital age”.

The former Malian Minister of Tourism condemned the visa policies of rich countries. “I almost couldn’t get a visa to be here today”. She also complained that Mali is associated with terrorism, which is detrimental to its budding local tourism industry. Jorge Sampaio, High Representative for the Alliance of Civilizations, explained the concept of sustainability with an example which was easy to understand: if every cattle breeder put out more and more cattle to graze a time will come when there won’t be enough pasture to feed all the cattle.

José María de Juan, tourism consultant and one of the leading authorities on responsible tourism in Spain, made a clear critical review of the problems faced by tourist cooperation projects: the projects of small NGOs continually fail due to inefficiency, lack of professionalism and lack of project monitoring.

Large companies were invited to present their work on CSR. In the last few years hotel companies have, to a certain extent, made a determined effort to face up to the impact of their commercial activities on the environment, in particular by measuring and reducing their carbon emissions and use of water. They all admit that there are benefits such as real efficiency and an improved reputation as highlighted by Taleb Rifai of the WTO and Joan Mesquida of the Spanish Ministry of Tourism. The commitment of some companies was reflected in their adhesion to theGlobal Code of Ethics for Tourism; in particular Meliá Hotel International, Barceló and Viajes Mogador, Globalia, Iberostar, Iberia, NH-Hesperia, Orizonia and ATESA.

Later on in the Congress, Kathleen Speake, of ECPAT International, insisted that the sexual exploitation of children is still a considerable problem and that many companies are reluctant to tackle the issue. As Kathleen pointed out, tourism facilitates the sexual exploitation of children, whether we like it or not. If the companies in the industry ignore this issue their brands may suffer significant damage.

The importance and value that the ISO 26000 standard can have in contributing towards companies developing a good quality programme of social responsibility was also mentioned on different occasions.

The South African Minister of Tourism also had his five minutes to put forward his country’s case: Back in 1996 the new democratic government of South Africa published a White Paper on the Development and Promotion of Tourism in South Africa. This was the first national policy to formally adopt a strategy of responsible tourism. Responsible Tourism now has a legally binding mechanism in the country. The regulation makes clear that “South Africa has chosen responsible tourism as a means of achieving the goals of sustainable development, i.e. environmental integrity, social justice and economic prosperity.”

The gender aspect in tourism was introduced at the congress by Michelle Bachelet, Executive Director of UN Women, in a video message, in which she emphasised the long road yet to cover with regards to equality in the tourism industry. In conclusion:

On the negative side: the presentations seemed to be aimed at the general public and were of a low level instead of being directed at people with prior knowledge of and experience in responsible tourism, who actually made up the audience. The debate on sustainability and tourism has been stagnant or advancing at a turtle’s pace for a few years, and is limited to little more than signing non-binding ethical codes. As my former lecturer Harold Goodwin, of the International Centre for Responsible Tourism, highlighted: “in ten years so far this massive industry has achieved a little, and rather late.”

The presentations of the politicians and institutional representatives suffered from an excess of complacency and satisfaction instead of taking advantage of the occasion to spur on the tourism industry to advance more rapidly towards sustainability and responsibility and explicitly admitting the impacts of tourism.

The large Spanish companies have a long way to go with regards to CSR; a large company invited to the congress was clear that “CSR is not present in the entire organisation” and that they are concerned with what to do with a small part of the profits instead of achieving them in a more responsible way, as Ramón Jáuregui recently encouraged people to do. Thomas Cook and TUI, for example, appear to have understood that CSR involves their whole business model.

The voice of civil society, which continues to try to gain more space in the WTO, was missed. Organisations like Tourism Concern, Tourism Watch and Acción por un Turismo Responsable were not invited to take part.

At an organisational level, it is questionable that speakers were brought in from other continents to talk for five minutes… about responsibility in tourism. The internet offers opportunities to considerably widen the scope of the event but they were not taken advantage of. I refer to common tools which haven’t been used such as live or pre-recorded streaming, questions via Twitter. We are still waiting for the WTO to post the videos of the presentations.

On the positive side:

The Congress on Ethics and Tourism of Madrid was a high level international meeting on responsible tourism, although this term isn’t explicit in the title. To this regard it was a good opportunity to introduce the debate on the problems caused by tourism in society.

Tourism companies, little by little, seem to accept the responsibility that they have. Although the tourism codes signed are not binding and may not have any direct repercussions, they do create a knowledge base of what is correct and incorrect in the tourist industry. If they didn’t do it, it would be the companies’ responsibility, and they can no longer say “I didn’t know” or “nobody told me.”

Another positive point was that the audience was made up of people with many years’ experience and knowledge which proved to be a wonderful opportunity to make contacts and exchange business cards. There were 300 delegates from 50 countries at the Congress with Ecuador intending to host the second International Congress on Ethics and Tourism in 2012.

For more information, we have provided you with news articles and opinion articles covering this event:

My Ethics and Tourism: personal convergences on the Congress (article in Spanish)

Sustainable tourism: profitable as well as ethical: We must face up to the dark side of tourism(article in Spanish)

The WTO, the European Network for responsible tourism and the Spanish National Organisation for the Blind join forces to promote accessible tourism (article in Spanish)

This is an article was originally published at the Responsible Hotels blog: 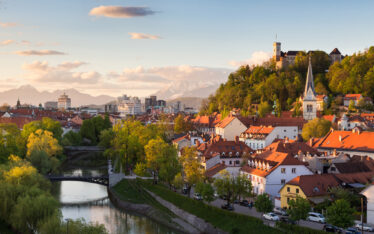 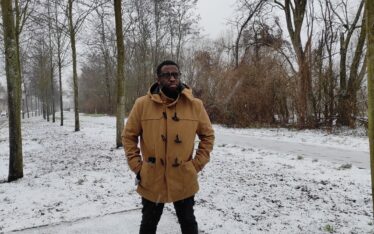 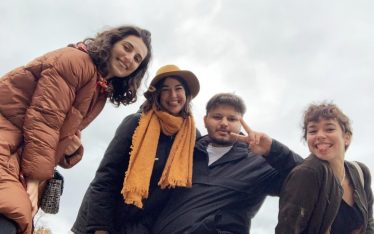