As part of the Journeys of Sustainability project I had the chance to visit the Philippines, which is a place we Spaniards normally don’t have the opportunity to visit.

Although we share an important part of its history (the archipelago was a Spanish colony until 1898), there is not much interest or relationship between both countries in contrast with our closer tights with Latin America. However, it is not in vane, the name of the country is the same as the Spanish King Philipp II or that the Philippines is the largest catholic country in Asia. The most evident symptom of our shared history is that Philippino names are the same as the ones one can find in Spain!

Tourism, which is often seen as a panacea that will magically bring development to where it happens, is gaining momentum in the Philippines but it still relatively small phenomenon, as the country is peripheral to the South-east Asia circuit. The figure of 5 million tourists was just reached in 2015, which compared to the 55 million in Spain, leaves a lot of room for growth.

As The Philippines is a country which has received a huge amount of foreign influence by Spain but mostly and more clearly from the USA (English is spoken, Spanish is not), visiting the inland of Luzon, an area which has been able to resist colonization seemed a good idea to attain a good insight of a truly unique culture. Same could be said about Mindanao, an island that holds an ongoing armed conflict that reflects the problem of  fitting an extremely cultural diverse land with hundreds of languages under one flag.

If fact, visiting Manila, a country with endless McDonalds one cannot help but confronting the phenomenon of cultural homogenization, a global phenomenon, that seems particularly acute in this country. Listening to Philippinos means hearing lots of random Spanish words but more startlingly English sentences intercalated within the Tagalog, the official language oh the country, spoken mostly in Luzon.

I flew to Manila, where our friends Youth for Sustainable Development Assembly (YSDA), an organisation that also takes part in the project, suggested to visit the inland of Luzon, the biggest and most populated area and where Manila is located. I decided to only visit Luzon out of the thousands of Philippines islands. Travelling to the other side of the planet to just discover beaches would feel right, I told to myself, however beautiful they are. Besides, since this journey would imply 8 flights altogether, I was committed not to enlarge even more my carbon footprint, especially as the project is about sustainable tourism.

The beauty of idyllic rice fields hide the hardship of those local working in them. The human interaction with the landscape has created this beautiful terraces where the green inundates the eyes. Tourism is still developing but already creating some impacts in the traditional culture and economy, leaving those who aren’t able to engage into the dollar-fuelled business in disadvantage with those who do.

In Sagada, I had the chance to meet Villia Jefremovas, an anthropologist who has been living in Sagada for many years. She could offer an insight on how the villages and culture has been evolving and the influence of tourism in them. There has been some deal of commodification of traditional rituals offered to Westerners and Manila locals alike, leaving some of the proud Kalinga people unhappy about the process.

While tourism is indeed benefit some, more work seemed to be necessary to implement an effective governance that is effective in shaping and controlling the tourism phenomenon before it goes out of control.

Unfortunately, I didn’t have the time to discover some of the Spanish heritage that is still left in the country.

I can recommend Metro Manila as a movie to watch, depicting the hard life of a peasant that is forced to move to Manila in search of a job. 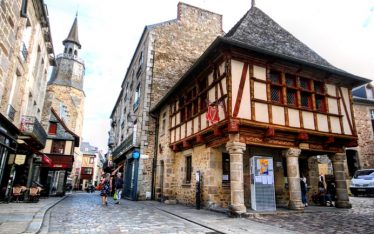 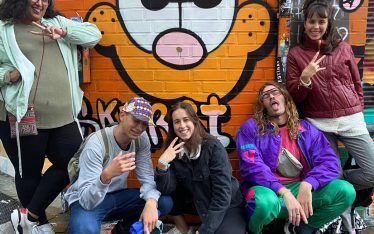 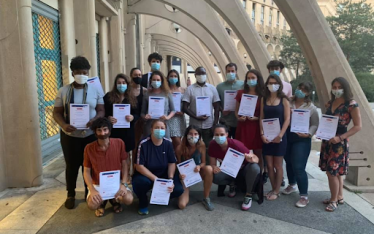